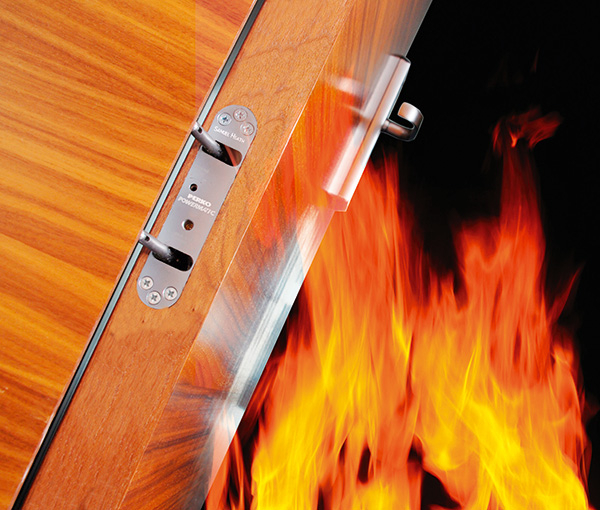 British designed and manufactured, Powermatic controlled, concealed door closers tick all the right boxes when it comes to meeting the plethora of legislation, regulations and product performance standards that govern fire safety. They can also offer some distinct advantages over surface-mounted devices in assuring reliability.

Both models meet the requirements of BS EN 1154 and, as such, carry the CE mark. They have also been tested by an independent laboratory and proved to meet the requirements for one-hour and half-hour fire doors under BS EN 1634-1, boast Certifire accreditation and are approved for use by the British Woodworking Federation under its fire door and doorsets scheme.

Powermatic not only delivers impressive fire performance credentials, but also helps to assure continued service of the fire door by reducing risk of damage through vandalism. A damaged door closer can lead to failure of the fire door to perform the duty for which it is intended; to keep fire and smoke at bay.

Unlike surface-mounted door closers, Powermatic is totally concealed when the door is closed and particularly unobtrusive when the door is open, with few visible parts on show. This reduces temptation for it to be targeted by a would-be vandal or prankster, enhancing the product’s suitability for fire and non-fire doors alike.

Looking ahead, with BS EN 16034, the European standard for fire doorsets, expected to be published later this year, specifiers will be reassured to know that Powermatic door closers can be specified with confidence on such doorsets. Their fitting is easily incorporated within the manufacturing process and, with no protruding arms or boxes, are less likely to be damaged during transit.

British designed and manufactured, Powermatic offers a host of benefits in performance and application that make it ideal for a wide variety of fire door applications in a wide range of commercial, hotel, health, education and housing developments.